The advent of modern technologies, such as cloud, artificial intelligence, and machine learning, demonstrated the depth and capability available to automate routine tasks for IT teams. Now, end-users across the rest of the business want to get on board. Automation as a Service (AaaS) is the latest advancement in this ongoing quest. Its ability to connect several autonomous services and streamline business processes is driving corporate demand.

Today, IT serves as the keystone for service delivery in nearly every business. As a result, IT departments face mounting pressure to build internal customer experiences that support revenue generation and simultaneously reduce the risk for the organization.

Within modern IT departments, the concept of delivering IT automation services to business users has shifted from a project mindset to a product mindset. A project mindset would start with internal tooling, with the hope that end-users would adopt them.  However, according to Gartner, "In a product [mindset] world, customer requirements shape the features of the [automation] product, and new capabilities are added according to user demand." The shift to a product mindset means that services are created based on the expected business outcomes instead of the technologies used to achieve them.

The adoption of delivering services with a product-mindset is indicative of a significant change happening between IT departments and the business. To accommodate this change, IT teams are focused on democratizing access to historically IT-centric tools. And empowering the business with self-serve automation lands right at the top of that list.

Delivering Automation as a Service

Automation as a service (AaaS) increases the speed by which automation consumers work. However, the real goal is to allow them to focus on more pressing challenges that require critical thinking.

The most crucial part of delivering automation as a service is to make it easily consumable. Second, and of nearly equal importance, is to eliminate any requirements for the consumers of automation to manage underlying technologies. So, again, this whole shift to product-minded services is about delivering a business outcome, not about the technology running in the background.

While supplying automation as a service to employees is critical, it's not just about supporting end-user demand. IT teams gain centralized control across their entire hybrid IT or hybrid cloud environments with the right automation platform. And a big plus is that they achieve this control while eliminating manual work for their support and help desk teams.

As an example, do you want to get rid of that long list of manual-work heavy service tickets? No problem, the automation platform will take care of a large portion of the more repetitive actions. So now your services team can focus else ware.

To deliver automation as a service, enterprises need to put an important piece in place: the right change agent to oversee the new workflows. An Automation Architect rises to the task. Automation Architects are responsible for an organization's automation program. They set standards for automation processes, tools, and usage across IT operations while also overseeing software development and testing. They also work with business units to identify automation opportunities and map the technology's potential back to the company's needs, such as the following:

The growing importance of the cloud spurred the need for new automation functionality. As a result, organizations require tools that automate and orchestrate business processes across on-premises and cloud environments.

Changes have come recently, and the nomenclature is still evolving. In April of 2020, Gartner coined the term Service Orchestration and Automation Platforms to differentiate the new solutions from traditional workload automation. SOAP solutions streamline business processes via a combination of technologies: workload automation, workflow automation, and resource provisioning. Here are few examples of SOAP in action:

A SOAP solution coordinates cross-business data ingestion, flow, processing, and analysis tools within the stages of a data pipeline. DataOps teams use automation as a service within a SOAP. Typically, they take advantage of the visual workflow designer, limitless integrations with 3rd party data tools, DataOps lifecycle (dev, test, prod) processes, and built-in managed file transfer features to orchestrate the tools and processes to turn raw data into business insights.

Self-Service and Citizen Automation – For Everybody

A growing part of AaaS is empowering end-users with self-service functions. When applications and platforms are orchestrated through a SOAP, they turn end-users into Citizen Automators who can trigger, review, and audit workflows via the tools they use every day, including ServiceNow, Microsoft Teams, and Slack. Not only does this approach boost technology team productivity, but it also reduces cross-functional team friction while enhancing customer satisfaction.

Automation of the DevOps Lifecycle – For Developers

SOAPs help orchestrate end-to-end development pipelines, including linkages and automation across modern source control, container, and deployment solutions. As a result, organizations benefit from improved agility and faster time to market; faster development cycles through self-service automation; streamlined workflow creation across hybrid IT environments; and improved collaboration between DevOps and IT Ops.

Supporting end-users with a product mindset is the key to an IT team's relationship with the business. Success or failure depends on the ability to offer up services when people want them and in a way that they can self-serve. Automation solutions have become more capable and robust in their ability to expertly solve pressing business problems. Ultimately, finding a great Automation Architect and the right automation platform will help you gear up your automation as a service offering.

Are you interested in learning more about Stonebranch's orchestration and automation platform? Watch our Universal Automation Center video. 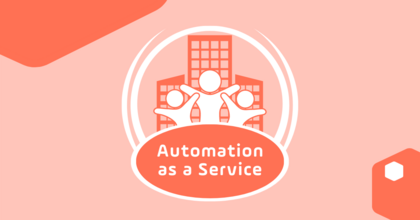 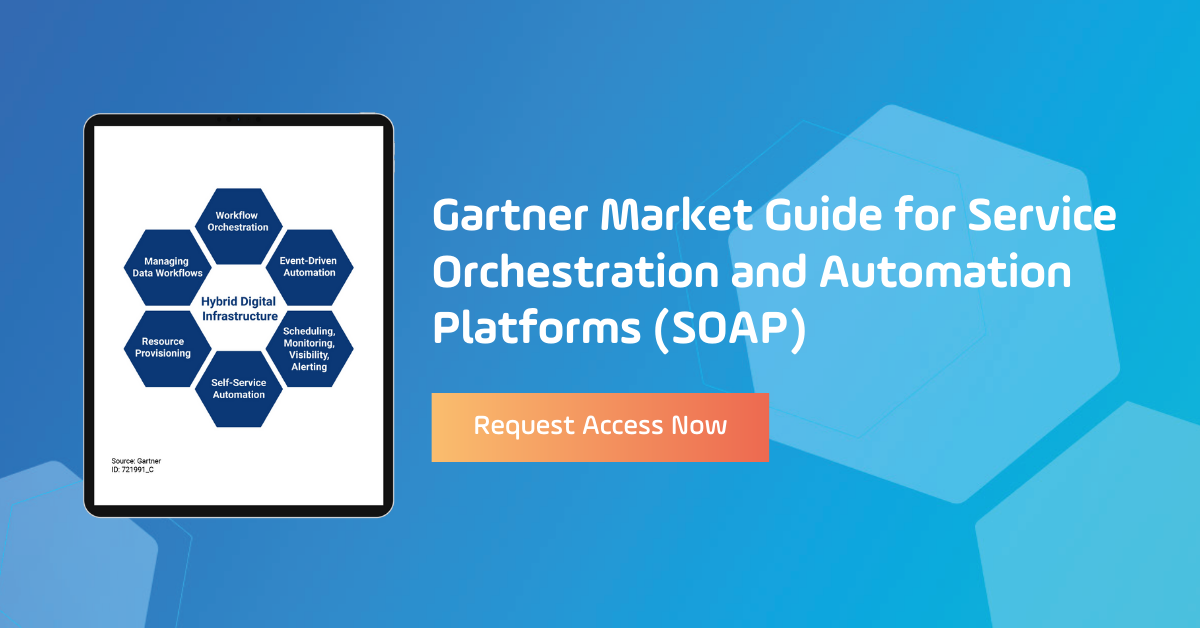 This whitepaper describes how to make the most of your hybrid approach, from connecting multi-cloud environments to empowering end-users with self-service – and…

Infrastructure Orchestration Across a Hybrid Environment

Learn how to dominate the management of your hybrid infrastructure to orchestrate everything between multi-cloud and legacy on-premises environments.

Learn how to achieve interoperability in healthcare within in a Hybrid IT environment with data pipeline automation for your FHIR server.