Unite developers and IT Ops teams with infrastructure as code, jobs as code and orchestration of the siloed tools used along the DevOps toolchain. Empower both with a solution designed to enable communication, collaboration and adoption of the DevOps methodology.

DevOps brings together developers and IT operations (IT Ops) under one umbrella. Automation plays a major role in the DevOps model, which requires a close working relationship between these often-siloed teams.

DevOps orchestration and automation, within the Universal Automation Center (UAC) platform, is designed to allow developers to create jobs either via a standard drag-and-drop user interface or as code through their preferred development environment. With the UAC, IT Ops maintains centralized control and security, while developers achieve the required speed and agility.

Unify and Connect Priorities Between Developers and IT Ops

Real-time automation and integration that checks the boxes for each team.

The Road to DevOps

Discover how IT automation helps IT Ops and developers work together to transform IT.

For IT Ops and Platform Ops

The Advantages of the Stonebranch DevOps Orchestration and Automation Solution

Automate the deployment of pre-approved cloud resources on platforms like AWS, Azure and Google Cloud without ever having to go into the provider's portal.

Use the UAC’s integration and automation capabilities to orchestrate workloads across siloed CI/CD tools that are otherwise difficult to connect.

Empower developers to create jobs and workflows as code directly from their preferred Integrated Development Environment (IDE). Publish workloads to third-party repositories where developers can access and edit the code.

With a focus on ease of use, you can empower your non-specialized end-user workforce with custom access to self-service automation using member roles and permissions.

Enable non-technical or business users to graphically create workflows for solutions they're not specialized in. Use the visual drag-and-drop designer to clearly map out, view and edit the entire workflow.

Integrate to any platform or application from the mainframe to the cloud. Use pre-packaged integrations, build your own or download integration blueprints from the community-driven open-source Stonebranch Integration Hub. Learn more

Whether you want to share, borrow or customize your workflows, tasks and integrations, you’ll have the options needed to continue growing your investment.

Leverage your DevOps model and discover how to empower DevOps teams to move workloads to source control management repositories.

Data pipelines exist because today’s enterprises require analytics-ready data to make data-informed decisions. But how many DataOps definitions have you seen that even mention that true purpose?This article by the Eckerson Group’s Dave Wells expands the definition of DataOps to integrate data pipeline and data science and analytics.

Universal Automation Center is a modern real-time IT automation and orchestration platform designed to centrally automate and orchestrate jobs, tasks and workflows across hybrid IT environments from on-prem to the cloud. This data sheet describes five standard solutions leveraged by enterprises within the UAC platform.

A must-read market guide for anybody in IT Ops, DevOps or DataOps. According to Gartner, traditional workload automation solutions are evolving to cope with the needs of event-driven business models, cloud infrastructure, and big data workloads. I&O leaders must use platforms for service orchestration and automation to drive customer-focused agility as part of their cloud, big data and DevOps initiatives.

In this whitepaper on workload automation, we discuss all the key aspects and drivers for change, and how to successfully navigate the transition from old legacy automation solutions to a future-proof, vendor-agnostic, real-time, event-based automation platform. 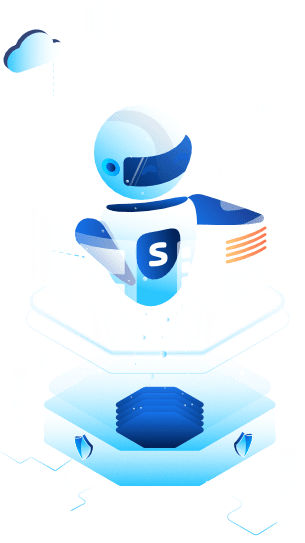 Part of a Full-IT Automation Suite

DevOps automation is a key pillar of the Stonebranch UAC platform and goes beyond traditional batch jobs. This modern automation solution gives you the ability to manage and control processes in real-time across any on-prem, cloud or hybrid IT environment. Learn more about UAC’s solution modules below.

The most modern and flexible real-time IT automation platform.
Learn more

Execute any kind of automation process on any remote system.
Learn more