Job Scheduling has been around for decades. It can be defined most simply as the orderly, reliable sequencing of batch program execution. Put simply, a job scheduler is a tool for automating IT processes. Historically, a scheduler has been an IT Ops data center tool, rather than something that is application-centric. It was established based on the need at the operating system level to run jobs. Job Scheduling uses clocks and calendars to determine the timing of various processes critical to the business. For example, the Finance department establishes a regular time when the books will close, which in turn determines when IT Ops will need to run month-end financial reports.

Job scheduling packages are used for controlling the unattended processing of batch jobs on a single system. Job schedulers are generally platform-specific. They are additionally configured to submit batch jobs for execution according to a pre-defined schedule or after a dependent event occurs. In most cases, this is done on a platform-by-platform basis. In fact, there are many native job schedulers built into operating systems. Microsoft Windows features Windows Task Scheduler, while Linux and UNIX platforms have CRON as their native job scheduler. These job schedulers emerged as tools for executing tasks during the "batch window,”— that is, running batch jobs after-hours when business processes are finished. Job schedulers take care of activities like database maintenance and prevent the need for operator intervention during the job schedule.

Job Scheduling takes one small evolutionary step beyond the fully manual execution of jobs and tasks known as batch processing. Realizing the limitations of batch processing, IT operators employing batch processing eventually began looking to operating system tools to help automate labor-intensive manual jobs management. In the UNIX world, for example, that tool was CRONtab. Because CRONtab fulfilled the urgent need for a job scheduling tool, it was widely used,  despite significant drawbacks such as:

Despite these limitations, job scheduling increased in both use and popularity. On the mainframe, a combination of internal operating system functionality with third-party scheduling tools were a bit more sophisticated in what they provided, but were still limited in addressing the more advanced emerging automation challenges. Over time, data centers began to shift from a mainframe-centric world to a distributed systems environment using multiple servers. Likewise, businesses were increasingly moving off of singularly powerful legacy systems and onto distributed servers built on Unix, Linux, or even Windows. This required the purchase of more servers, which didn’t have the same unit of power as a mainframe as standalone units, but working in combination could still offer equivalent power at a fraction of the cost.

In concept, the demands for distributed job scheduling were similar to those of mainframe driven, time-based sequencing and dependencies models. However, the move to distributed computing created new difficulties. For example, the lack of centralized management control became an issue when jobs were running on many different servers, rather than on a single central computer. As mentioned above, in contrast to this distributed environment, traditional job scheduling software generally runs jobs only on one machine. This introduces a number of problems for organizations, including:

Job scheduling was a necessary and revolutionary step forward in IT automation, allowing IT operations to eliminate much of the manual processes filling their schedules and opening a world of possibilities for digital enterprises. Given the complexity of modern business environments, however, traditional job scheduling alone is not a set-and-forget automation solution. In order to achieve truly dynamic, real-time automation, it is necessary to invest in an enterprise job scheduling software that can coordinate IT workflows and IT jobs across platforms and environments, orchestrating previously siloed systems into one harmonious force. If your organization is interested in taking your traditional job scheduling to the next level, contact us today to learn how. 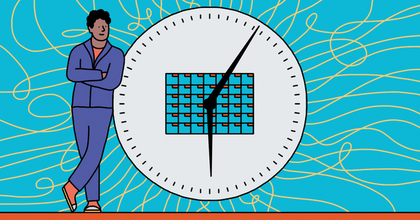 It’s almost here! Join us for a month-long series of educational webinars dedicated to empowering IT automation professionals with an insightful lineup of…

DEMO: SAP Event Monitor: How To Trigger and Monitor Business Processes Based on SAP Events in Real-Time

During this detailed product demonstration, you will learn how to integrate SAP event monitor into your existing scheduling workflows utilizing Universal…

Gartner recently released an update to the 2020 Service Orchestration and Automation Platform (SOAP) Market Guide that defined a new category in automation.…

What is a Service Orchestration and Automation Platform (SOAP): Six Key Components

This article deep dives into Gartner’s SOAP category, with the goal of understanding key differentiating capabilities, a little history, and how it helps…