Batch processing is the procedure by which computers automatically complete batches of jobs in sequential order with minimal human interaction. It is named after the process whereby batches of punched cards were queued to load the data into the mainframe’s memory in order to process the data. As the term has changed over the years, the concept today goes by many names, including job scheduling and workload automation, to name but two. These concepts have made batch processing more sophisticated and efficient and include new disruptive technologies such as Cloud Computing, Big Data, AI and IoT.

The Evolution of Batch Processing

Processing batch jobs has been a major IT concept since the early years of computing technology, establishing the basis for the future concepts of job scheduling and workload automation and tightly bound to the evolution of the computing industry as whole.

In the early days, there were mainframe computers and something called a batch window. Since all computing activities were carried out on mainframes, finding the best way to utilize this finite (and limited) resource was absolutely critical. Batch windows were nightly periods during which large numbers of batched jobs were run offline, a practice that was developed to free up computing power during the day. This allowed end-users to run transactions without the system drag caused by high-volume batch processing. In general, mainframe workloads were classified into batch workloads and online transaction processing (OLTP) workloads.

In past years, IT operators would submit batch jobs based on an instruction book that would not only tell them what to do, but also provided them with directions on how to handle certain conditions — such as when things went wrong. Jobs were typically scripted using so-called job control language (JCL), a standard mainframe computer concept for defining how batch programs should be executed. For a mainframe computer, JCL:

When one finished running a batch, the operator would submit another. Early batch processes were meant to bring some level of automation to these tasks. While the approach was effective at first, it quickly became problematic as the number of machines, jobs, and scheduling dependencies increased.

As batch processing was developed long ago, it comes with limitations. This is especially true when compared to modern enterprise job scheduling solutions. Among other things, restrictions include:

The practice of creating automated jobs using a batch process is still used today. However, the technology and sophisitication of running automated jobs has substantically improved over time. Modern approaches remove the rigid time-based scheduling component of batch processing. Today, enterprises have the ability to schedule jobs, tasks and complete workflows using event-based triggers. This allows an organization to run their business automation in real-time. Ready for more?  Learn about the difference between a "static" batch-process vs a "dynamic" event-driven approach. 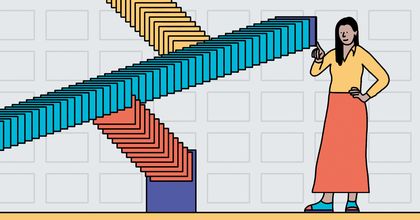 Improve the Value of your SAP job scheduling investments and reduce complexity. Achieve end-to-end visibility, accessibility, and manageability of complex,…

The Gartner 2020 Market Guide for Service Orchestration and Automation Platforms deep dives into Gartner’s new SOAP category, with the goal of understanding key…

A Customer Point of View: Workload Automation and the Cloud

Learn what Stonebranch customers are saying about workload automation and the move to the cloud. Discover how SaaS-based WLA supports the orchestration across…