Recent polls suggest that over 80% of enterprises now operate in a hybrid cloud environment comprised of public and private cloud services. The majority of companies generally also have on-prem servers or mainframes to manage as well. However, it’s become evident that the old methods of automation are no longer acceptable at the point where the cloud comes into play.

Traditional on-prem job schedulers and workload automation (WLA) tools stand in the way of the flexibility and freedom that the cloud was designed to empower in the first place.

Ultimately, the cloud is agile. Your automation needs to be too. Read on to learn how the world of IT automation has changed in order to support demands from the enterprise to be agile, fast, and flexible.

Yesterday’s on-prem WLA tools were designed for a different time and place. Back then, a centralized IT team tightly controlled everything related to technology: applications, devices, storage, and automation. During that period, end-users rarely acquired their own technology. And they certainly didn’t have the ability to install and use it without help.

Then the cloud came. End-users became accustomed to downloading their applications, purchasing their own devices, and accessing information whenever and wherever they wanted. Applications and tool budgets shifted from IT to the lines of business. During this period, central IT teams were caught between two worlds: first, their charter to enforce locked-in processes, strict rules and restricted access, and second, a workforce who wanted the agility and freedom that matched the cloud world they were entering.

The New Way of Automation (and Orchestration): Enable End-Users

Today’s service orchestration and automation platforms (SOAPs), which are a direct evolution from yesterday’s WLA tools, enable a federated IT model to deliver automation-as-a-service (AaaS) to stakeholders. In this model, the central IT team collaborates with business teams to accomplish broader business objectives. SOAPs help achieve this goal by creating a central platform that anybody in the business can access to develop automated tasks and processes on any application. Access to automation capabilities now extends beyond the select few IT-centric automation owners. Employees who once might have subverted IT procedures to deploy shadow automation applications (or worse, were not able to automate at all) are now empowered as citizen automators who work in harmony with IT.

No longer viewed as an obstruction or bottleneck, the central IT team acts as a center of excellence for citizen automators throughout the business. Plus, they gain unified visibility and oversight of all automated processes across public and private clouds, as well as on-prem systems.

Applying Cloud-Like Agility to IT Automation: One Customer’s Journey

Like many other companies, one world-leading food manufacturer quickly hit an obstacle with its legacy on-premises workload automation tool. The tool in place is one of the big ones and is widely used across enterprises worldwide.

They faced the challenge that all automation had to be run through a small central IT automation group. This software limitation meant that any automated job or workflow needed to be created and managed by a team that was already stretched to their limit before the cloud became a thing.

Simply said, the way their legacy WLA tool is designed, there is no way to match the federated model that the company had already adopted with so many other technologies. Thus, it created a bottleneck for the business to achieve the promised agility of the cloud.

Time for a Change

When this organization made the decision to adopt an automation solution that could be just as agile as the cloud, they added the Stonebranch Universal Automation Center (UAC) to their automation stack.

The UAC allows anybody with the proper permissions to access and develop automation workflows. Central IT gained the ability to empower additional end-users with UAC’s inbuilt access controls. The UAC is also browser-based, so anybody granted access can jump in from any computer across the planet.

After having the UAC in production for four months, the organization already has 118 developers working within the platform. Today, UAC allows multiple divisions to work independently within the system for most workflows.

A Few Ways this Organization Uses the UAC:

Automating Cloud Environments with a SOAP

Gartner predicts that by year-end 2024, 80% of organizations will have made the switch from workload automation tools to service orchestration and automation platforms (SOAP). Gartner coined the SOAP category in 2020. At the time, they noted that SOAP was not a new category but rather an evolution of the workload automation category. The primary driver behind creating a new category was the cloud, which forced a new set of automation and orchestration requirements — in addition to the above-mentioned mindset shift between central IT and the rest of the business.

Modern SOAPs amplify the benefits of the cloud — flexibility, speed, and scalability to name a few — while also bridging the gap for traditional on-prem systems. Endless integrations and real-time workflows help IT teams connect the dots across complex hybrid cloud environments to democratize automation and orchestrate workflows.

Much like the customer described above, BP uses the SaaS version of the Stonebranch UAC to enable their federated model for self-service IT. Watch the webinar to learn more: BP’s Cloud-First Approach with SaaS-Based Workload Automation. 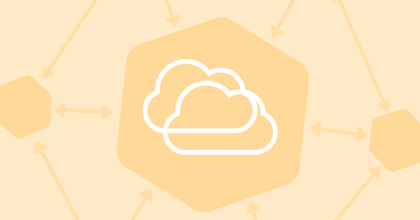 How to automate a data pipeline to orchestrate, manage, and maintain the movement of data between solutions.

How to Deliver Automation as a Service to Your Stakeholders

For Automation Architects who want to make automation-as-a-service (AaaS) available to the various DevOps, DataOps and business users within the business.