United Fire Group (UFG) is a successful multibillion-dollar insurance company headquartered in Cedar Rapids, Iowa. Publicly traded on the Nasdaq under UFCS, UFG provides property and casualty protection to thousands of policyholders throughout the United States.

As UFG modernized its IT infrastructure, the company recognized a need for a centralized IT automation solution to support its increasingly complex hybrid IT environment.

“We wanted a centralized, modern automation technology to pull everything together so we can see what's happening in our heterogeneous environment — a solution that works cross-platform and fulfills our high-security requirements.”

The IT team sought a platform that could automate their Windows servers and Unisys mainframe, as well as both Windows PCs and Macs (to start). They also required a solution that could execute a variety of tasks, including PowerShell, batch scripts, SQL stored procedures/SSIS packages, BODS/Cognos, Visual Basic scripts, and FTP/SFTP (mainframe and third-party). 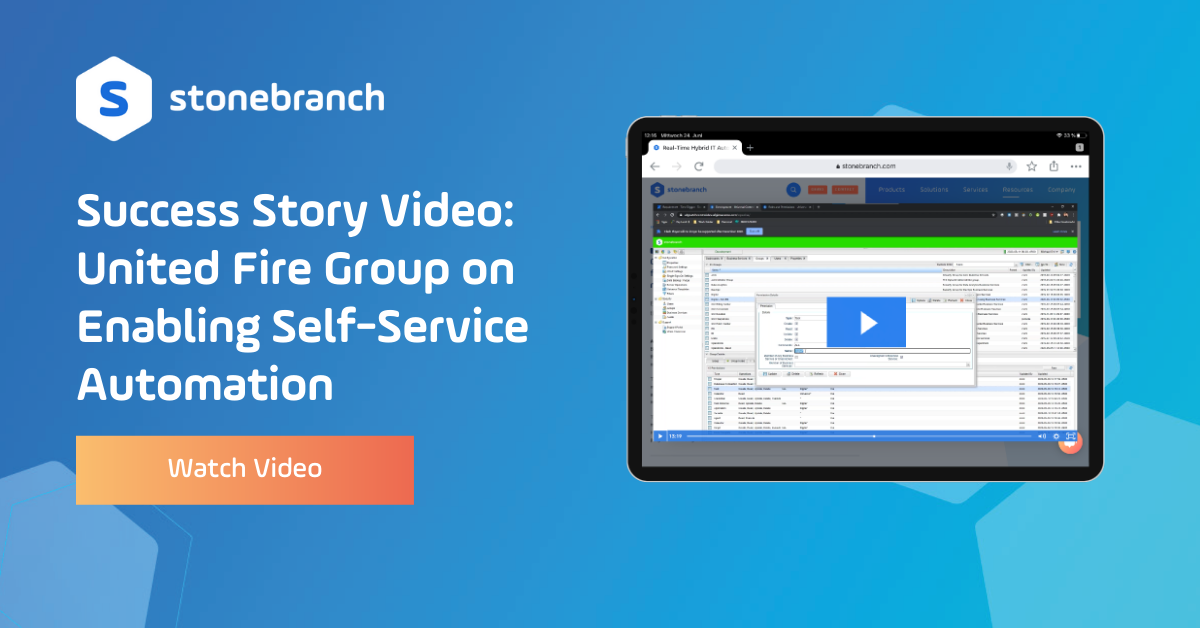 In this video success story, Michael Ohl, IT Team Lead for UFG, provides a demo of his team's UAC environment and discusses how they use UAC to:

Schedule a Demo
Back to Success Story Overview