IT automation has come a long way when it comes to dealing with repetitive tasks. In the early days, there were few (if any) tools that allowed such tasks to be easily replicated: They were generally created as new scripts and run manually. As was to be expected, this often led to problems as human errors crept in. Further, the systems of the time, due to resource constraints and lack of maturity, did not have the intelligence built in to pick up on any errors and try and stop them from happening. Such systems tended to be batch-based, aggregating required maintenance and reporting tasks into a single overall job that could be run when few others needed access to resources. As a result, there was little capability to deal with such needs on a live basis.

Things did not change very much with the emergence of early automation tools. The idea was to be able to replicate what an administrator did, taking a script that had been written by a human and carrying it out as many times as were required. The trouble was that if the original script contained errors, the automation tool just made that same error, but time after time, often without humans realizing until it was too late.

Luckily, over the past half dozen years, we have reached the point where such simple automated tasks can be created and run absent of the issues described above. Tasks, grouped into workloads, can be run when they are needed, not just at a time deemed convenient based on the available computing resources. As more automation tools come to market, we now must look at where the next battles will be—and how advanced automation platforms will differentiate themselves.

Automation Evolution: What Has Changed

Firstly, the days of taking a hard-coded script that defines physical source and end points are over. Data needs to be moved from a source to often as-yet undefined targets. New workloads need to be created in environments whose performance is difficult to predict. The proliferation of virtualized platforms, flexible microservices, hybrid cloud and composite applications means that modern automation tools must be far more agnostic and intelligent in how they work. At one end of the spectrum, such systems must be able to take instructions from a systems administrator and create their own scripts to ensure that what is required does happen—successfully and efficiently, time after time. These systems should not need to know whether the source or target systems are physical, virtual, cloud-based or what have you; they should simply be able to work against sets of policies defined by the business as to how best to create the right task to meet the desired outcomes.

Such an approach is known as “idempotency”: the capacity to reach the same end result across multiple different platforms as required, time and time again.

Demand #1: Orchestrate Hybrid IT Environments
As more organizations continue through their digital transformation journeys, their automation platform needs to have the ability to mature with their changing IT environments, even if that means automating workloads across hybrid cloud or hybrid IT environments. Full-visibility cloud orchestration capabilities are essential for the automation solutions of the future. This concept of moving to the cloud is so important that in April 2020 Gartner unveiled a new category of next-generation automation solutions, which the consultancy has dubbed Service Orchestration and Automation Platforms (SOAP). Largely, SOAP revolves around extending the management of automation for cloud service providers and SaaS applications in the same way that enterprises have historically managed their on-prem environment. Gartner forecasts that 80% of enterprises that use workload automation tools will move to a SOAP by 2024.

Demand #2: New Stakeholders are Part of the Automation Selection Process
The historic “buyer” of legacy IT automation solutions, like job scheduling or workload automation tools, typically resided in IT Ops. However, the shift and importance of cloud automation has added a new set of stakeholders who are very much a part of the equation. This new group is made up of cloud architects, infrastructure engineers, and data architects, and bleeds much further up the food chain in terms of interest from the business. This is all driven by the complexity of the hybrid IT environment and the importance of supporting a diverse set of stakeholders, including DevOps and business users.

Demand #3: One Platform to Break Down Automation Silos
One thing is very true in the world of automation: Orchestration is driven by integration. As such, an automation platform must act as the universal glue that connects the disparate systems within your hybrid environment. This platform should easily integrate with myriad systems. In essence, the automation platform serves as an integration platform that allows jobs, workloads and files to be moved back and forth between your otherwise disconnected tools.

Demand #4: Democratize Automation with Citizen Automators
Historically, IT automation has largely been limited to a relatively small set of IT professionals. This limitation is quickly coming to an end. Like other technologies, IT automation platforms are now focused on how to empower a new breed of end-users. These Citizen Automators don’t want or need to know how to script or code. They are developers, analysts and business users who would like to be able to do things like quickly and easily provision cloud resources or pull information to create reports; however, they’d prefer not to have to go into yet another tool to do it. Rather, they want to have access to automated workflows via tools they use every day, like Slack, Microsoft Teams and ServiceNow. Citizen Automators are not power users, but they are consumers of automation. They are interested in self-service workflow creation, triggering automated workflows, and gaining insight into when workflows hit a snag.

Demand #5: Designed with Business in Mind
Lastly is the need to be business driven. The need to be able to work off a framework of established business policies has already been touched upon. More specifically, automation systems must move away from being pure technical tools to being ones where the business can adjust levers of cost, security, speed of response and so on and the automation system can understand these and create the right scripts to ensure that the policies are matched in the best possible way.

Takeaways for You as the Buyer—and for Your Providers

These are going to be interesting times for those acquiring IT automation systems—and for those providing them. As a buyer, make sure you ask the right questions to ensure your chosen provider is moving in the right direction. In short, make sure your provider will empower you to meet the new breed of business-driven demands described above. 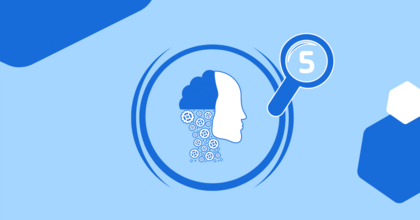