We are committed to delivering the highest degree of return on automation. Dynamic IT automation is all we do. It's our core business. With our laser-like focus on IT automation technology, we are known among industry analysts and our clients as both the visionary and the value leader in our space.

Delivering the best products, combined with the best service and support in the industry, is how we ensure both your success and ours.

Together, these values set the stage for our service and promises to our clients, as well as our relationships with one another. 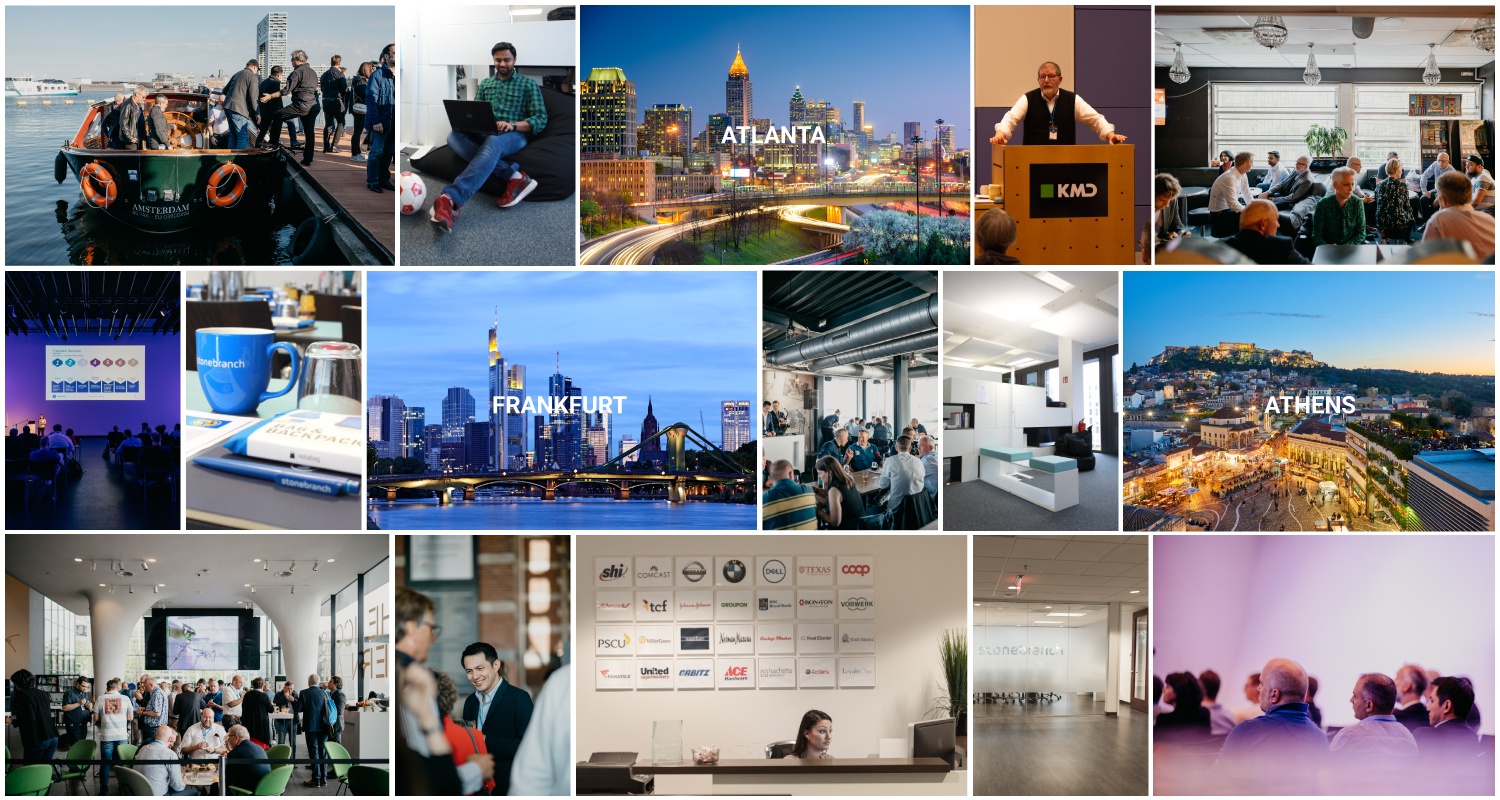 The Stonebranch leadership team is comprised of savvy entrepreneurs and seasoned industry experts, bringing years of experience and innovation to an established company recognized by analysts for its vision and value leadership.

Mr. Hartmut Lademacher is the Executive Chairman of Stonebranch. Previously, Mr. Lademacher was founder, Chairman and CEO of LHS Group Inc. His primary mission at Stonebranch is to enable success in all facets of the organization.

Mr. Giuseppe Damiani, the Chief Executive Officer of Stonebranch, brings more than 20 years of executive experience leading high-growth companies. Prior to joining Stonebranch Mr. Damiani co-founded Lexagon Group, where he worked with leading telecom, media and tech companies in North America, Europe and Asia. Mr. Damiani has previously held various roles within Stonebranch, including CFO and COO. Before Lexagon Group, he was a consultant with Booz, Allen & Hamilton and A.T. Kearney.

Mr. Martin Schlothauer is the Chief Technology Officer, responsible for shaping Stonebranch’s innovation and technology vision for the company’s product and service portfolio. He previously led the successful growth and expansion of Stonebranch’s Professional Services organization. Mr. Schlothauer has more than 20 years of leadership experience in the telecommunications and information technology industry, having held senior management positions at Ericsson and LHS, among others.

As Vice President Sales Americas & Business Development, Mr. Medina is responsible for leading his team in the development of new business opportunities, creating customized solutions for customers, and collaboratively forging a strategic path for the Stonebranch vision. Prior to joining Stonebranch, Mr. Medina spent nearly 15 years working in senior-level roles for organizations that include Ericsson and LHS.

As the head of marketing, Davis is an experienced revenue marketing leader who is focused on the corporate go-to-market strategy. He is responsible for Stonebranch’s global brand, product marketing, corporate communications, and demand generation functions. Mr. Davis can be found as a regular thought leader across multiple venues and platforms on the topics of Marketing Technology, BI/Analytics and IT Automation. Prior to Stonebranch, Mr. Davis held senior leadership roles with SAP and Calero Software.

Stonebranch's board of directors have a wealth of experience across the information technology, finance, and business sectors.

Mr. Grabe has broad international operational experience and an extensive sales and marketing background. He currently serves on the boards of Quality Technology Services, Lenovo Group Limited, Gartner, Inc., and Covisint Corporation. He also serves as a member of the UCLA Anderson School of Management Board of Visitors, a member of the Board of the Grand Canyon Trust, and on the Board of Trustees of The Nature Conservancy in Florida.

Mr. Braxton has extensive experience in the financial and accounting fields. He started his career as a CPA with Arthur Andersen & Co. He served as the Controller and Treasurer of Contel Corp, which eventually became a part of Verizon. He was the CFO of National Data Corporation (currently Global Payments Systems), and of LHS Group, where he was instrumental in taking the company public.

Mr. Seefried founded Seefried properties in 1984 to develop industrial real estate. He has a vision of growing a significant presence in the US market. Prior to founding his company, he was an executive at Transatlantic Group. He is now an Honorary Consul General of Austria, a member the US Austria Chamber of Commerce New York and the Advisory Council of Emory University, and has served as a diplomat for his native Austria since 1989.

Need some help? We're here for you!