UAC Utility: Run a Command/Script on a Remote SSH Server 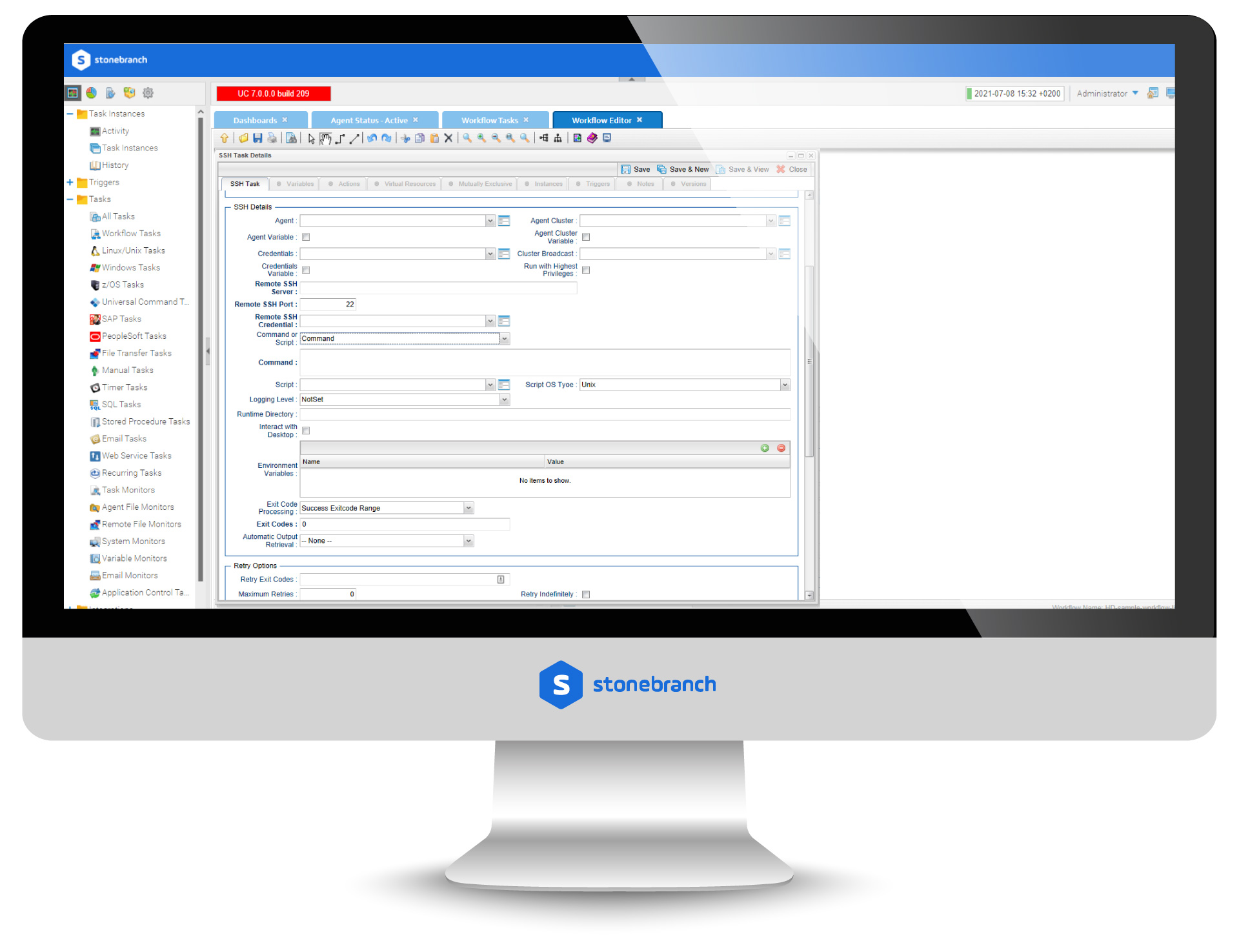 This integration allows users to run a command or Stonebranch Universal Controller (UC) data script on a remote SSH server. It enables the execution of commands and scripts from the UC script library on a remote Unix/Linux or Windows SSH server.

Users should note that this integration is unable to provide the following functionalities that are typically available for tasks that execute on a Universal Agent: