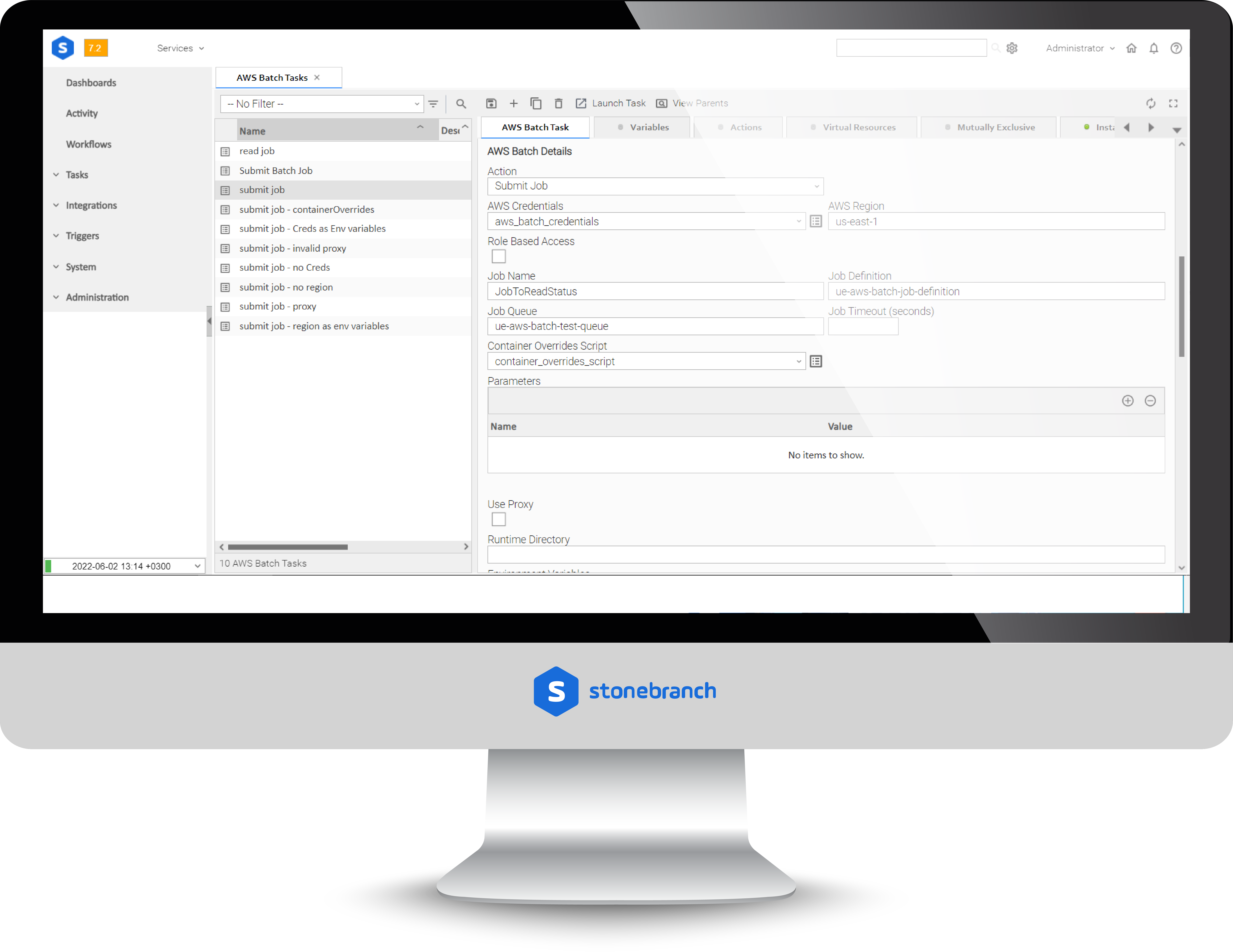 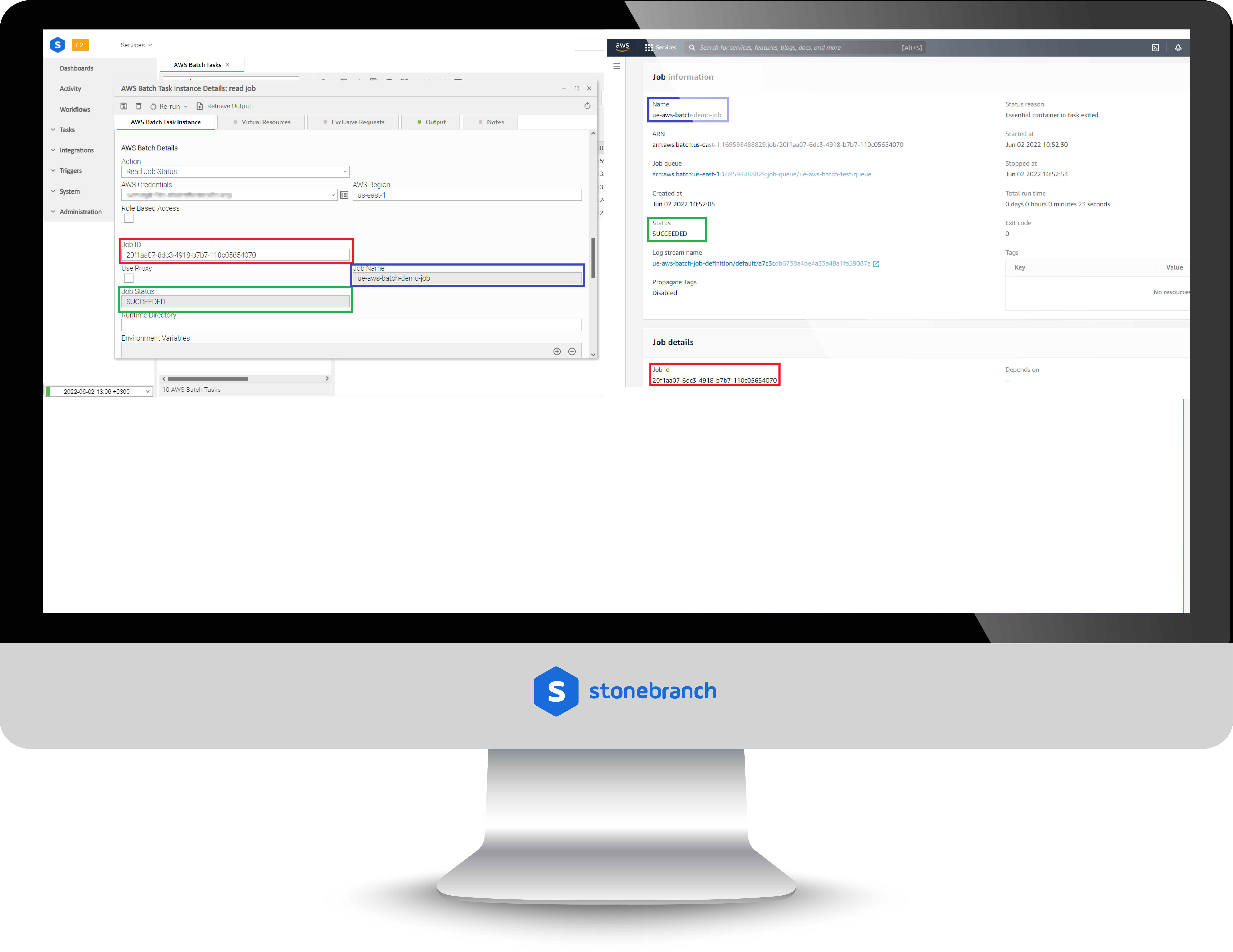 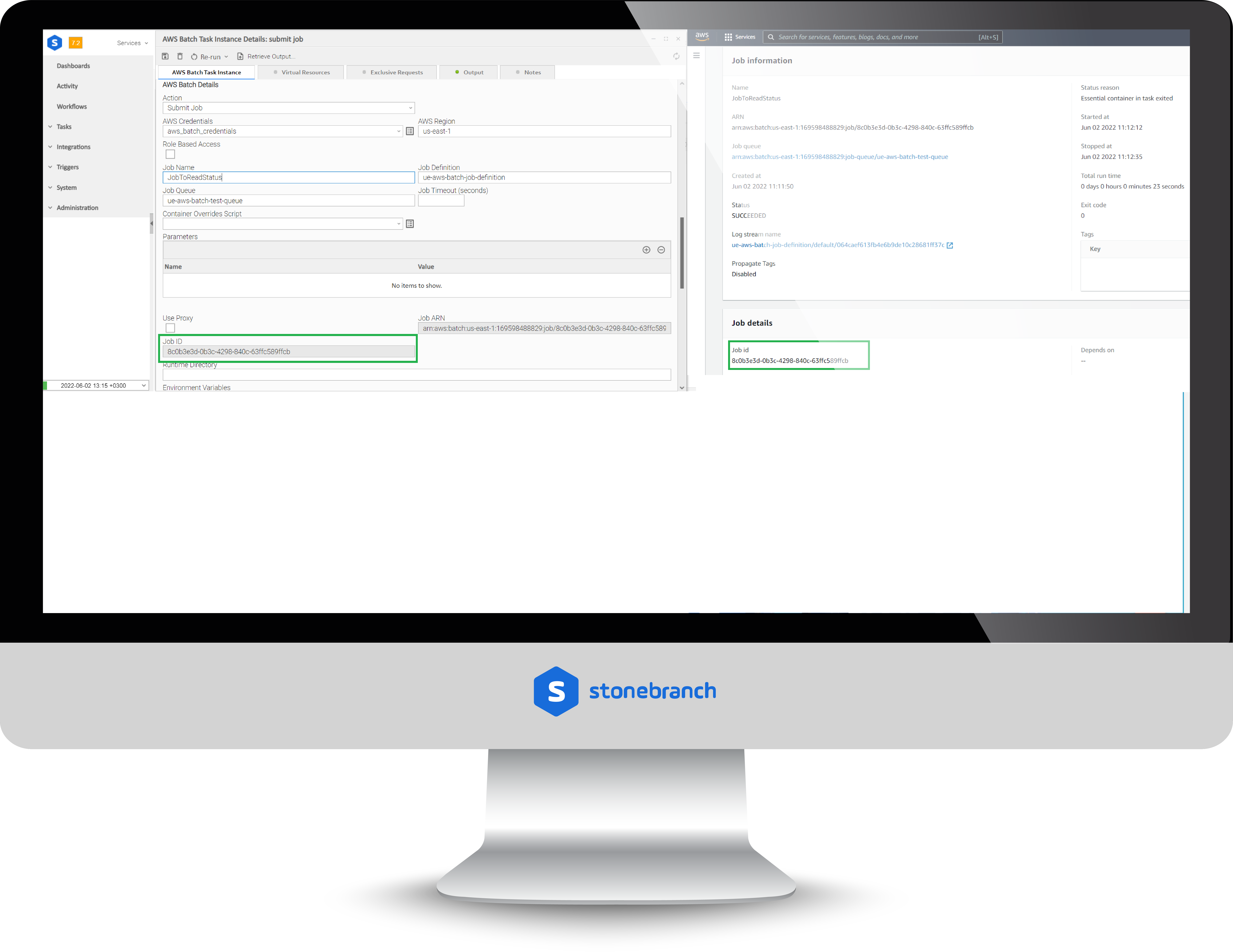 AWS Batch is a set of batch management capabilities that enables developers, scientists, and engineers to quickly and efficiently run hundreds of thousands of batch computing jobs on AWS. AWS Batch integration provides the ability to submit new AWS Batch Jobs and read the status for an existing AWS Batch Job.

What's New in v 1.1.0
This new release gives the capability to users to rely on AWS credentials set-up on the environment where the extension is running and therefore it is not mandatory to be passed on the task definition as input fields. The same applies to AWS Region. In addition, it is now possible for the user to pass “containerOverrides” parameters.
Please visit this link to find key features, prerequisites, installation instructions, configuration instructions, and examples of how to use this integration.
AWS Batch Documentation